The Bastrop Chamber of Commerce has been honored to serve our community by hosting the Patriotic Festival for the past 31 years. In cooperation with the city, we are pleased to announce the City of Bastrop will begin organizing the festival in 2023. While the Chamber was available and proposed to manage the festival for a final transitional year, the City determined it was more cost effective to immediately take over full management of the festival starting this July.

The Chamber remains rooted in its mission to improve business prosperity and, thereby, the quality of life in Bastrop County, through leadership, advocacy, and collaboration. We will continue to partner with the City to support and advocate for our local business community, and we look forward to meeting new members at our events.

The Chamber wishes to express its sincere appreciation to its current and past Board members, the generous sponsors, countless volunteers, and most of all, the Bastrop community for their faithful support of the Bastrop Patriotic Festival™ over the last 31 years.
Questions regarding the 2023 event can be directed to the City of Bastrop, (512) 332-8984, kdanielson@cityofbastrop.org.

History of the Event
Celebrating our nation’s independence is a time-honored and beloved tradition of the Bastrop Chamber of Commerce. They began with Bastrop Homecoming & Rodeo in 1948 as a way to unite the area in the aftermath of World War II. After 40 successful years, the Chamber handed the event off to others to run in 1989.

Bastrop’s local tradition, now known as the Bastrop Patriotic Festival™ began as “Loblolly Days” taking its name from the lost pine forests for which the area was known. The intention of the Chamber was to take everyone back to the “good old patriotic, glad to be an American Fourth of July” celebration, “the kind all towns used to have.”  Loblolly Days were held in 1990, 1991, and 1992.

In 1993, with the historic 1924 Colorado River Bridge being opened to pedestrian traffic, the Chamber’s festival was renamed “The Old Iron Bridge Festival” and continued as a patriotic and community celebration.


In 1994, the event became a one-day event focused on Independence Day; the Bastrop Patriotic Festival™ was born and it soon became one of the largest 4th of July fireworks shows in central Texas.  Bastropians and visitors from across the country enjoyed the day-long events that included live music, the Run, White, and Blue 5K, a Water Wonderland and kid’s activities, eating contests, stilt walkers, and much more.

The mission of the Bastrop Chamber of Commerce is "To improve business prosperity and, thereby, the quality of life in Bastrop County, through leadership, advocacy, and collaboration." Located in the heart of Texas, the Chamber serves a membership of nearly 800 members throughout Bastrop County and Central Texas and is consistently ranked in the Top 5 Chambers by the Austin Business Journal Book of Lists. To learn more and/or to join the Bastrop Chamber of Commerce, please visit www.bastropchamber.com 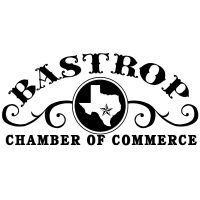